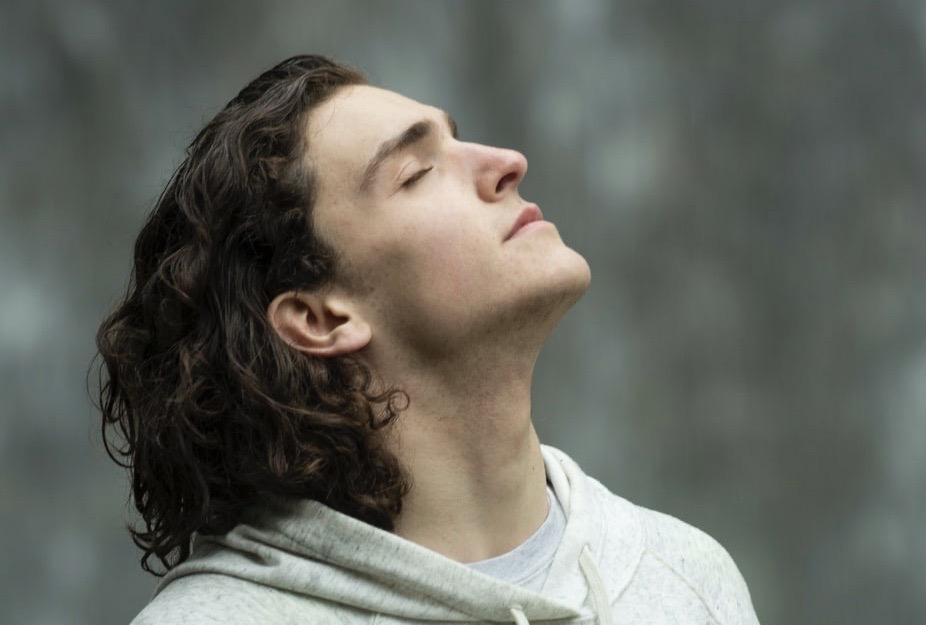 I’ve been thinking about about breath, our prana, our life force. I’ve been noticing my own, behind the mask, and how it changes when I have no mask. Yesterday I went on a hike in the Fernkloof nature reserve, up the Zig Zag route, which is steep but has a beautiful view of Hermanus cliffs and beaches. I was aware of my breath and the breath of the people around me. I noticed how right at the start, before I warmed up and my heart was pumping fast, I had to breathe through my mouth. I noticed how this settled as I warmed up, and then how my breathing intensified (now through my nose) when the route was very steep.

There are many different ways in which I’m becoming more and more conscious of the simple act of breathing. Actually at the moment I don’t think it’s so simple! Yes, our bodies breathe, without us having to do anything. But what happens when we breathe more consciously? When we follow and examine and investigate our breath? Can we breathe better? What happens when we do?

Are we bad at breathing?
I’ve been reading the book Breath: The New Science of a Lost Art, by James Nestor. It’s more art than hard science, although there are excellent footnotes for each chapter. It’s readable and fascinating. Nestor traveled the world to study ancient and modern breathing techniques, and to put himself through various experiments to investigate the effects of these breathing techniques. He takes the reader through evolutionary theory, writing that Homo Sapiens has become poor at breathing. Our nasal apertures that lead to the sinuses have become narrower as we have evolved to cook and mash and process food, and need to chew less. The skulls of humans only a few hundred years ago show much straighter teeth, wider jaws and nasal apertures – much better breathing apparatus!

There was an interesting adventurer and artist in the 19th century called George Catlin who lived with, painted and studied 50 North and South American indigenous peoples. He wrote a delightful treatise called Shut your mouth and Save your Life and a book called The Breath of Life or Mal-Respiration: And its effects Upon the Enjoyments and Life of Man (I love this title!) In his travels he saw the robust health of the indigenous people, and became convinced that it was because the children were kept cool, but primarily because they were trained in nasal breathing by their mothers. Their mothers would feed them, lay them down, and pinch their mouths closed. They would even strap them onto flat boards with a pillow under their heads in such a way that mouth breathing would be difficult. They told Catlin that nasal breathing made the children strong and the face beautiful.

This seems to support this stunning fact, which Nestor relates in his book: the faces of children do not develop properly if they have nasal obstruction and are mouth breathing. But the good news is this can be corrected, either with surgery (e.g. the removal of swollen adenoids) or training in nasal breathing.

The benefits of nasal breathing.
One of the things Nestor explores is the difference between nasal and mouth breathing. He discusses experiments done with athletes who were told to first mouth breathe, and then nasal breathe while they cycled, and their vital signs were measured and compared. When the cyclists were breathing through their noses, their heart and breathing rates were much lower than when they were mouth breathing, cutting total exertion quite substantially. Mouth breathing, it seems, can raise blood pressure, decrease heart rate variability (not a good thing!) and decrease carbon dioxide levels, which can cause dizziness. Mouth breathing at night has a negative impact on the body: we lose 40% more water, and become parched and dry. Mouth breathing is also strongly linked to sleep apnea and snoring, which in turn can cause insomnia. Of course, in turn, lack of deep sleep exerts an enormous toll on the body and brain – need I say more! Nestor found huge improvement in his own snoring and sleep quality when he began to tape his mouth closed, in order to compel nasal breathing. (Is this really a thing, I hear you ask? Mouth taping?) Well the surprising thing (to me) is, I’ve been experimenting with it too! As Nestor suggests, I use a small piece of tape (I use normal elastoplast which I cut into a strip of a few millimetres wide, and place across my lips just under my nose before I sleep). It has definitely helped my sleep quality, and my nose feels much clearer when I wake up.

Carbon dioxide and the body.
Another advocate of nasal breathing is Patrick McKeon, who runs the Buteyko Clinic in Ireland. Buteyco was a Ukrainian physician who taught patients to breathe through their noses and to breathe less. (What? I hear you say – don’t we need to breathe more, not less!) McKeon works with athletes, asthmatics and panic disorder sufferers to help them to breathe more slowly and lightly. Why is this? Well one of the most interesting, and counter-intuitive facts that I discovered in this exploration of breath, is the importance of carbon dioxide. Carbon dioxide has a really bad rap. It’s a toxin, right? It’s what we exhale. It’s what we have too much of in the atmosphere. It’s what’s driving climate change. Oxygen is the good stuff, carbon dioxide is the bad stuff. All of this is true, but it turns out that carbon dioxide plays a really interesting role in the body. When muscles produce carbon dioxide, more oxygen will flow to these particular muscles. We also need carbon dioxide to dilate our blood vessels, opening them up so that more oxygen can be carried to our muscles, brain and organs – to all the cells. A panic attack, like an asthma attack, is often accompanied by hyperventilation, which can exacerbate the anxiety, and cause dizziness and a racing heart. Fast breathing in the upper chest removes too much carbon dioxide from the body. What is needed is long, light, slow breaths, in the belly and lower chest, with long exhales, and some breath holding, not taking deep and certainly not fast breaths. The long exhales activate the parasympathetic nervous system, which results in a feeling of calm and relaxation. The increase in carbon dioxide promotes blood flow and reduces the dizziness. 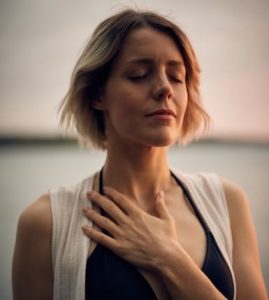 The Wim Hof method.
Tummo is essentially what Wim Hof practitioners do. Tummo is an ancient Buddhist breathing and meditation practice developed in Tibet. It’s the ‘Breath of Fire,’ a method which asks you to take many deep breaths into the belly and chest and then release. It is controlled hyperventilation, ending each breathing cycle with a breath hold, for as long as you can. It’s accompanied by visualisation. Wim Hof has taken this method, personalised it, and added a few extras like cold water immersion. He has many followers – I sometimes do his exercises too. He is a rather extreme, quirky individual from The Netherlands, who has put his body through some amazing feats, such as running a marathon in the Namibian desert, without any water (madness indeed!) and immersing himself in ice for hours (He’s not called The Ice Man for nothing!) He also ran a full marathon in the Arctic Circle dressed in nothing but his shorts (no shoes!) and climbed Kilimanjaro with a group of his followers in record time, with very little altitude sickness. He holds 25 Guinness World Records. See the Youtube video below for an excellent in-depth medical analysis of Wim’s method and how it works. It’s long, but there are fun bits too. The doctor in the video is Rohin Francis, a cardiologist, academic and comedian – great combination! He explains, drawing on some of the studies that have been done on Wim and his trainees, that some of Wim’s claims have been demonstrated to be true, including how the conscious breathing affects physiology in a positive way, and even improves immune function (through raising the cytokines in the body that are anti-inflammatory, and lowering those that cause inflammation). There’s a lot that isn’t yet known as it needs more research, but his conclusion is that there is much positive about it and if practised safely (not in water or while driving!), the breathing is beneficial.

The East has known about the importance of breath control for centuries. Tummo is one of these Eastern methods. Breath control, or pranayama, is written into many of the ancient texts, such as the Bhagavad Gita from around the 3rd century BC, and is practised in many forms of yoga. In South Africa, the Art of Living Foundation, which was started by Sri Sri Ravi Shankar and has global reach, concentrates on breathing techniques for stress relief in its courses. There have been many studies done on the positive effects of yogic breathing, like this one.

When I meditate, and at night before I go to sleep, I often use my breath as an anchor to return to when my mind wanders. I’ve been noticing how I can feel my breath in the whole of my torso, and right down into my limbs.
Always, when I focus on my breath, I feel calmer. Always, when I breathe deeply and connect to each breath, my body and mind relax. It’ so simple. And so effective. Sometimes I feel that if everybody just breathed more slowly and consciously, the world would be a different place.

James Nestor: Breath: The New Science of a Lost Art. Penguin Life, 2020.
George Catlin: Shut Your Mouth and Save Your Life. !870 Truebner and Paternostor, London 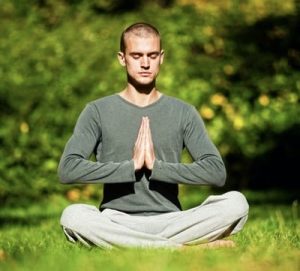